Latest news and insights on consumer behavior in the offline world 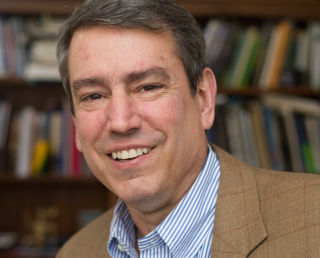 Joe Scanlin is about to come down with a double case of jet lag.

Scanlin, who co-founded Scanalytics with fellow UW-Whitewater graduate Matt McCoy, will travel this month to China and France as the company continues its remarkable rise in the world of “smart building” sensors.

It all began about six years ago when Scanlin was shopping at a store and became intrigued by how companies with a physical footprint could use sensor technology to better understand customer behavior – traffic patterns such as dwell time, turnover and “patience” rates.

Scanlin and McCoy entered the 2012 Governor’s Business Plan Contest with a plan that may have been ahead of its time for adoption within the “Internet of Things” but has since grown to include installations of the company’s SoleSensor technology on four continents.

Through a partnership with Intel, for example, Scanalytics will be introduced to potential customers in a Chinese business park with about 150 companies. In France, the connection is through Cisco Systems. It’s all part of a “smart building” movement that Scanlin believes will transform how physical space, from manufacturing to retail, is monitored and analyzed.

Scanalytics was a finalist in the 2012 contest, which Scanlin said helped expose him and McCoy “to resources we probably would not have known were available, and enabled us to build our networks.”

Scanalytics was part of a contest class that included RoWheels, C-Motive Technologies, Imbed Biosciences, NitricGen, Strategic Fishing Systems and Fishidy, all of which are still in business or integrated into other companies.

“It was really refreshing to see how people from Wisconsin are out there solving real problems,” Scanlin recalled of his contest experience.

The latest crop of contest finalists will present Tuesday at the 15th annual Wisconsin Entrepreneurs’ Conference at Union South in Madison, where 500 or more people will gather to hear speakers, panel discussions and more over two days ending Wednesday afternoon.

The Governor’s Business Plan Contest has been a staple of the conference since its second year and continues to serve as a platform for up-and-coming ideas and companies.

Each of 13 finalists will make seven-minute pitches to judges, who will score them on content and presentation. Those results will be combined with scores from the written portion of the contest, which concluded in late May, to produce winners in four categories – advanced manufacturing, business services, information technology and life sciences.

Scanalytics is one success story among many over time. Among the speakers at the Entrepreneurs’ Conference are several contest alumni, including Scott Jens of Revolution EHR, Henry Schwartz of MobCraft Beer and Chris Johnson of Pilot Training System.

Making the news in recent weeks were 2016 grand prize winners Pat Hughes and Mike Fox of Hyde Sportswear, which is producing a lightweight, minimalist life jacket that can appeal to a mix of water sports enthusiasts and help save lives. The work of past and present contestants Classmunity, i65 Inc. and Vibetech has also been featured in publications of late.

Other success stories include Vector Surgical, My Health Direct, TAI Diagnostics, bluDiagnostics, Whole Trees, Kiio, Sector67 and Elucent Medical. They may have entered the contest at varying levels of organization – or none – but emerged with a plan that caught the eye of potential partners, customers and investors.

Companies that have reached the final contest rounds over time have raised about $250 million collectively from angel and venture capitalists or from merit-based grants.

Wisconsin is sometimes dinged for its lack of business startups, and the Wisconsin Governor’s Business Plan Contest is among resources committed to producing more. The next generation of finalists is waiting in the wings.

With over 80 million impressions to date, Scanalytics has deployed SoleSensors across the United States, Canada, Mexico, Europe and Southeast Asia. Learn more at: www.scanalyticsinc.com

see all
Tweets by @ScanalyticsInc